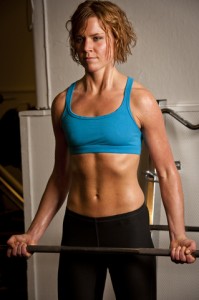 Does weight training burn fat ? read this to see how exercise effects your weightloss.

There is growing opinion that weight training (strength training) can help you lose that belly fat faster.

In 1999 a group of researchers set up a trial to see the effects of resistance (weight training) vs. aerobic (cardio training). The participants on the trial had to consume a very low calorie liquid diet consisting of only 800 calories per day and were split into two groups of ten.  One group performed one hour of cardio exercise four times a week by walking, biking or stair climbing.  The other group performed strength training exercises, three times a week, using ten different pieces of equipment.  They had to complete two sets of 8-15 repetitions, increasing to four sets of 8-15 repetitions as they got stronger.  The trial was over twelve weeks.

A second trial, also in 1999, by Kramer, Volek et al. set out to examine the physiological effects of a weight-loss diet with different types of exercise.

They took 35 overweight men and randomly assigned them to one of the below groups:

For anybody who hates exercise, this might look like a good thing. Because after all, doing cardio actually produced one pound less weight loss and adding weights to the cardio only bumped up weight loss by one pound over not doing anything.

BUT… before you give up exercise..

That’s SIX more pounds of fat lost over twelve weeks. To put that in perspective, that’s taking a lot away your midsection…just by doing some strength training a few times a week.

This study, in particular, demonstrates the importance of NOT focusing just on how much body weight you lose, but on how much fat you’re losing. While accurately measuring your body fat can be difficult, you can use a body composition monitor to help you track your body fat levels.

A great home exercise program to help with burning fat and losing weight is the new Herbalife24FIT dvd, which is only available to buy in the USA.

Exercise at home with the Herbalife24FIT Dvd Program

My Other Web Sites